A few months after suffering cruel violence, Simur, a dog that lives in Ecuador, was given a new foster home and, along with that, a family that truly loves him.

The little dog used to walk around town in search of food, he did that since he was just a puppy. Unfortunately, it was in this quest for survival that he ended up suffering from this situation. Since he was a puppy, Simur used to walk the streets in search of food to survive, but it was on one of these walks that he ended up, in a very cowardly way, hit with boiling water.

And finally, as if the pain that the little dog suffered wasn’t enough, for days he continued to wander the streets with serious burns. As he had no reception, he ended up with infected wounds, almost leading to his death. 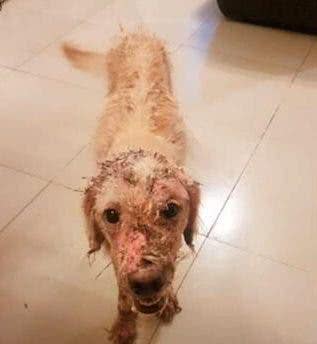 Fortunately, the dog’s suffering ended when the young Mishelle Aviles, ended up finding it on a not very busy road, still suffering a lot from the pain of injuries caused by the hot water.

That’s how Simur managed to get to a vet, but the news was not good. The dog’s wounds had already reached a very critical state of infection and there were high chances that it would not be possible to reverse the situation. The injuries were very serious and were already causing the puppy a lot of pain.

Fortunately, neither Simur nor Mishelle gave up and thanks to the efforts of both parties it was possible to offer him a new home. The activist, who believed he could be fine, paid for medicine, consultations, ointments and even surgery.

Little by little he got better, gaining strength to fight alone. This, taking into account the pain he felt. It was even difficult to feed!

After going through it all, there was still a lot to live for Simur, and it wasn’t now that the activist would give up. Thus, when a clearer recovery began to exist, Mishelle also invested in the recovery of the small dog’s weight and energy. That’s how it became possible to create a diet based on healthy products for him. 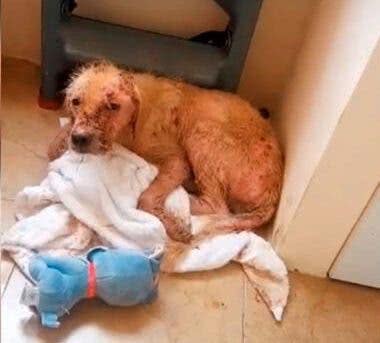 With this type of food and various other medical care, he managed to recover. He gained energy to live and play little by little.

In the beginning, I was terrified of everything, after all, I went through a very painful process, so it was normal not to trust anyone. With these events Simur had to go through a psychological transition, which helped him to understand that he could trust other people.

Despite this, he is still a suspicious dog, but now well, with a new home and energy to play and live. Much information about the criminal who did this is not yet known, but it is clear that these actions must increasingly be repudiated. This is something that happens a lot with stray dogs and many people pretend not to see it. 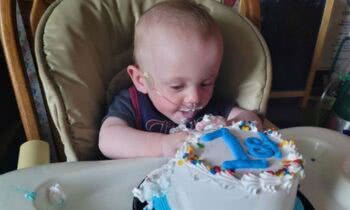 Child who had a 0% chance of surviving, is now 1 year old

Corona Vac: what happens to those who took the banned vaccine? 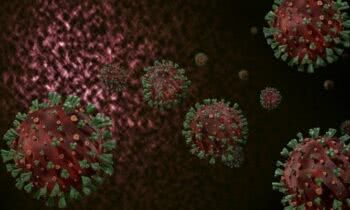